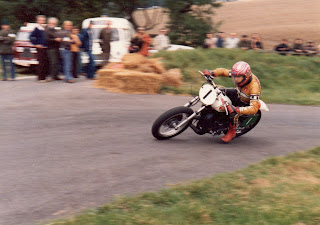 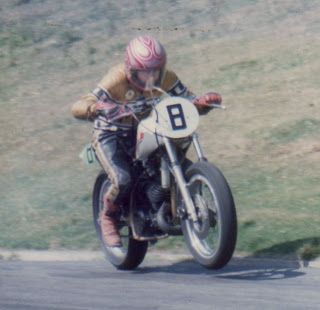 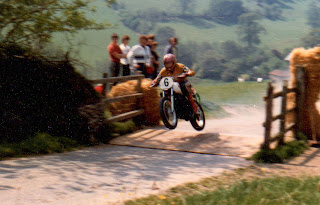 "So, The end of 1980 I was disappointed with the unreliability, and to be honest the blown CB72 was hardly the lightest thing in town....the quick guys in the smaller classes were using modified Greeves MX stuff. Time for a rethink, and to dig deep in the pocket.
A brand spanking new 'last years model' YZ250G was spotted at Bavins Motorcycles in Diss. The hunt for a Yamaha MX was brought about by reading an article in a magazine about a new single cylinder road race class. This class was being dominated by modified YZ250E models. The best were modifid by a chap called Andy Barr. A call to Andy resulted in him modifing my G model to a similar spec. This involved alterations mainly to the steering head angle. I then sourced my own RD front end to compliment the mods.
This was from an RD400E. The rear suspension we modified ourselves by fabricating a bracket to alter the mount point and thus reducing the movement. Michelin race tyres were also fitted along with another homemade seat and reworked footrests and levers.
1981 season - after learning how to ride the bike a few good results were achieved. I was knocking on the door, final placing in the 250cc championship -runner up...... I just needed more power, or experience ? (the Michelin tyres were soon dumped in favour of Dunlop KR124s which I used from that day).
Before the 1982 season started the motor was stripped and the barrel taken to Terry Beckett tuning. He also supplied a modified expansion chamber end....This was a lot shorter than the original and exited just behind the leg...
Man ! that bike flew now........but it was difficult to ride, far too peaky.....so we recut the expansion chamber and re-attached the original end cone and silencer.
Oh, yes.....now we were talking. I guess it was pushing out about 45BHP.
The 1982 season for me was superb, I had good opposition from a guy called Barry Gartside who rode a Stephens tuned X7 and we were breaking records nearly every meeting. I finished the season as 250cc champion and O/All champion too. I was well pleased.
1983 and 1984 seasons also resulted in class championships..
The motor did have a tendency to seize in the early days and it was thanks to a tip from Lee Bros in Sowerby Bridge that resulted in a cure. 'Castrol R is the best oil you can get don't be using this pre-mixing 2 stroke stuff' was the tip. Sure enough, it worked although I always had my hand on the clutch on long straights......!
The pressure at the top is far greater than the pressure getting there...and being beaten after so long would have been hard to swallow. Like a boxer you need to know when your time is up. Starting a family for me was a good point. So, I retired. Occasional local outings for a couple of years but no championship chasing. I was done !"

Pictures of top corner Gurston Down, the cattle grid leap at Withycombe farm in Somerset and Baitings Dam. 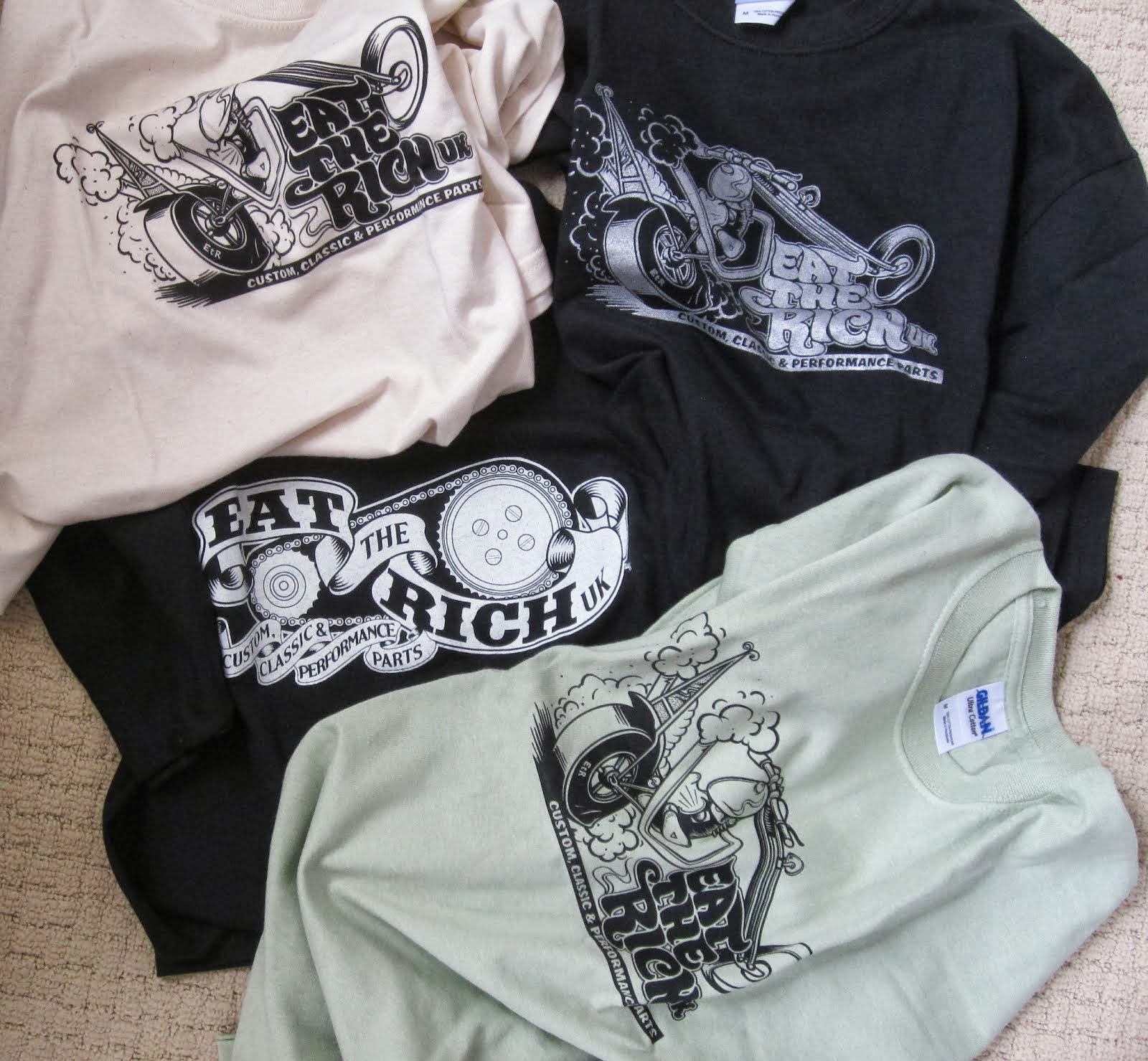 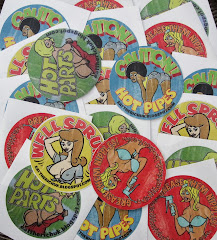 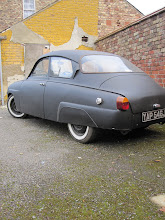 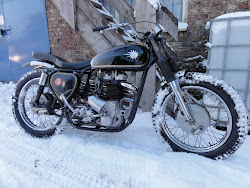 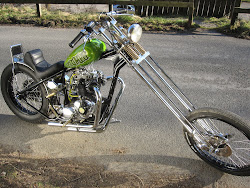 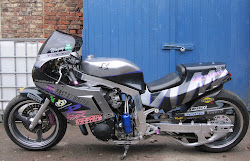 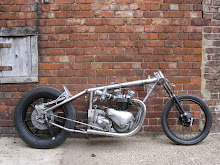 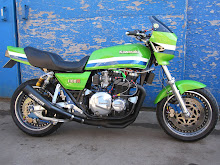 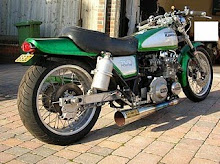 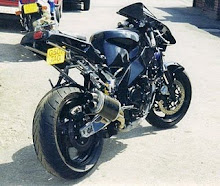 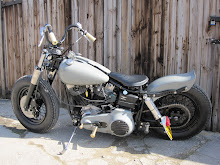 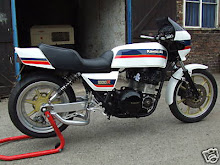 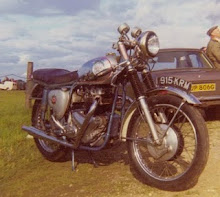 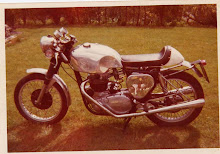 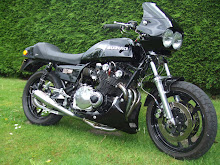 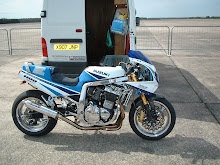 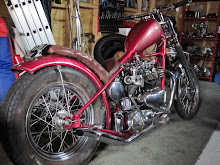 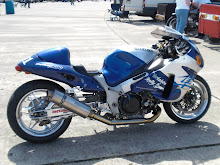 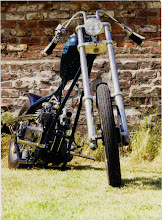 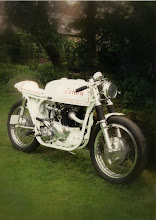 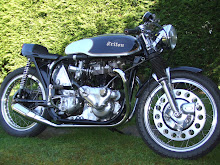 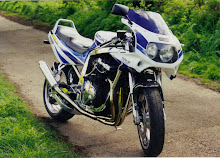 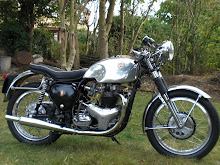 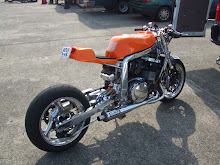 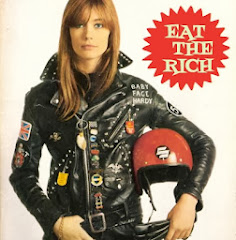